I accept all terms and conditions
There was an error, please try again later
Thank you for subscribing!
About Arcam 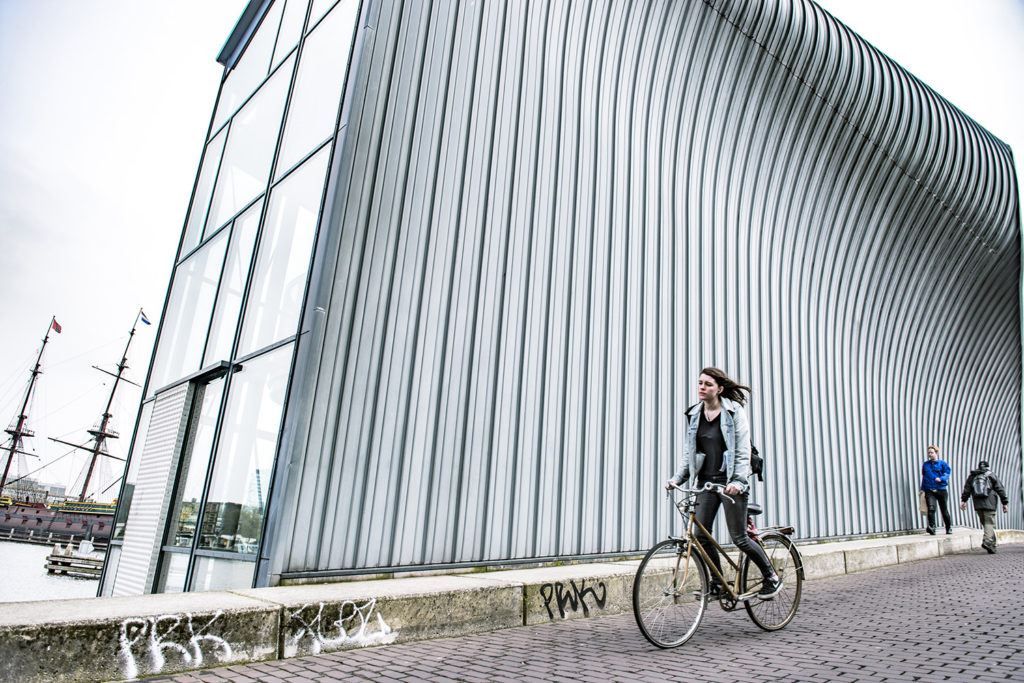 Arcam is located in the city centre, at the Prins Hendrikkade. The building is designed by René van Zuuk and it is a compact, sculptural building existing of three layers which are connected by vides. 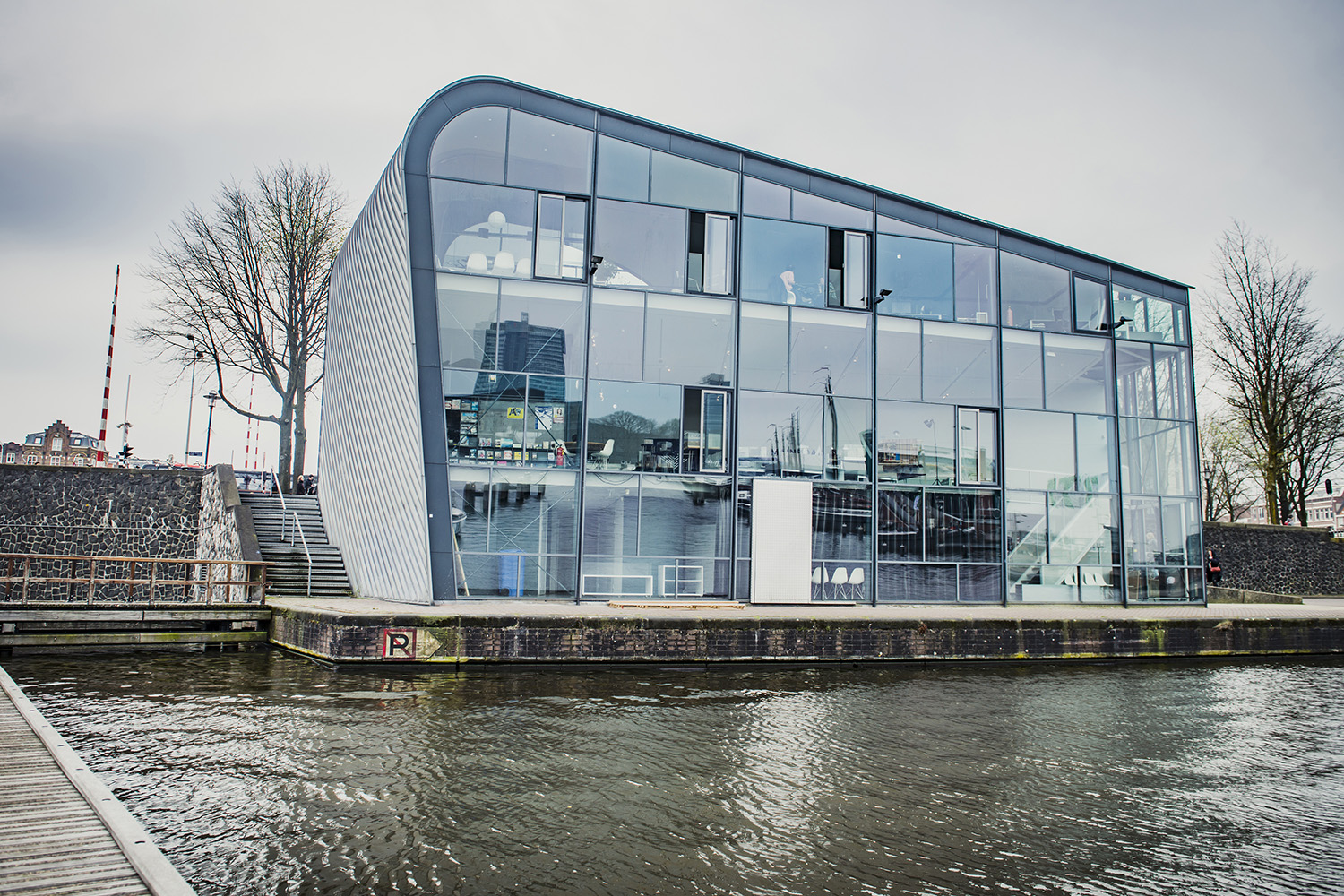 On the level of the Prins Hendrikkade, the exhibition space and the information point are situated. The lowest level of the building, by the waterside, is used for debates, meetings and school classes’ visits. Since 2006, the permanent architecture presentation – the Arcam Panorama – can be viewed here. The office of Architecture Centre Amsterdam has its working space on the top floor of the building.

The building is covered in coated aluminum that flows from bottom to roof and over, all around the building on opposite sides. A special feature is the sculptural glass facade around entrance at the city-side. The waterside facade exists entirely out of glass.

The design of the different facades finds its origins in the applications of a folded skin by Kalzip. This aluminum skin, finished with zinc, is one ongoing closed surface wrapped around the building volume. The different facades of the building each provide their own perspective. The folded skin in combination with the slanted, part-glass facade ensure a spectacular entrance at the Prins Hendrikkade, and a more sober view on the eastern side of the building volume. At the waterfront side, the soul of the building is laid bare, by the glass facades in which the steal profiles are hardly visible. Here, the internal organisation of the various layers in the building is visible. 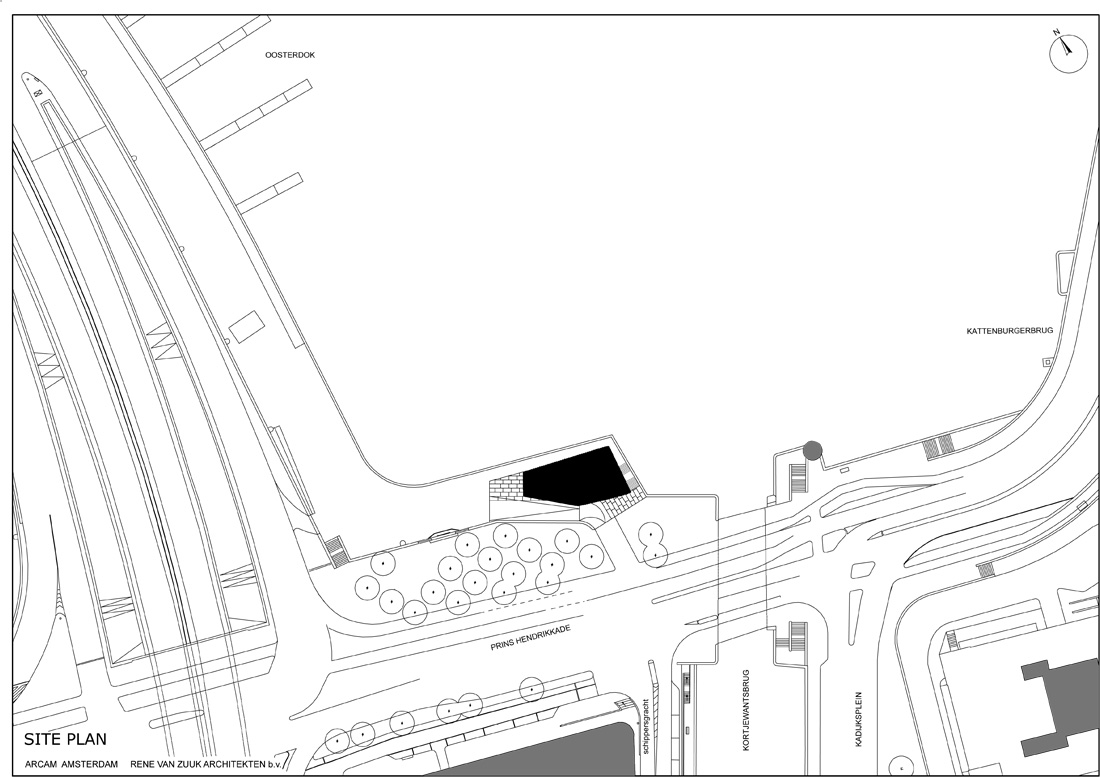 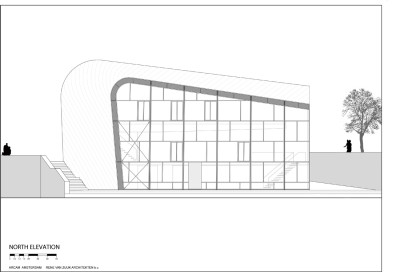