I accept all terms and conditions
There was an error, please try again later
Thank you for subscribing!
What’s On 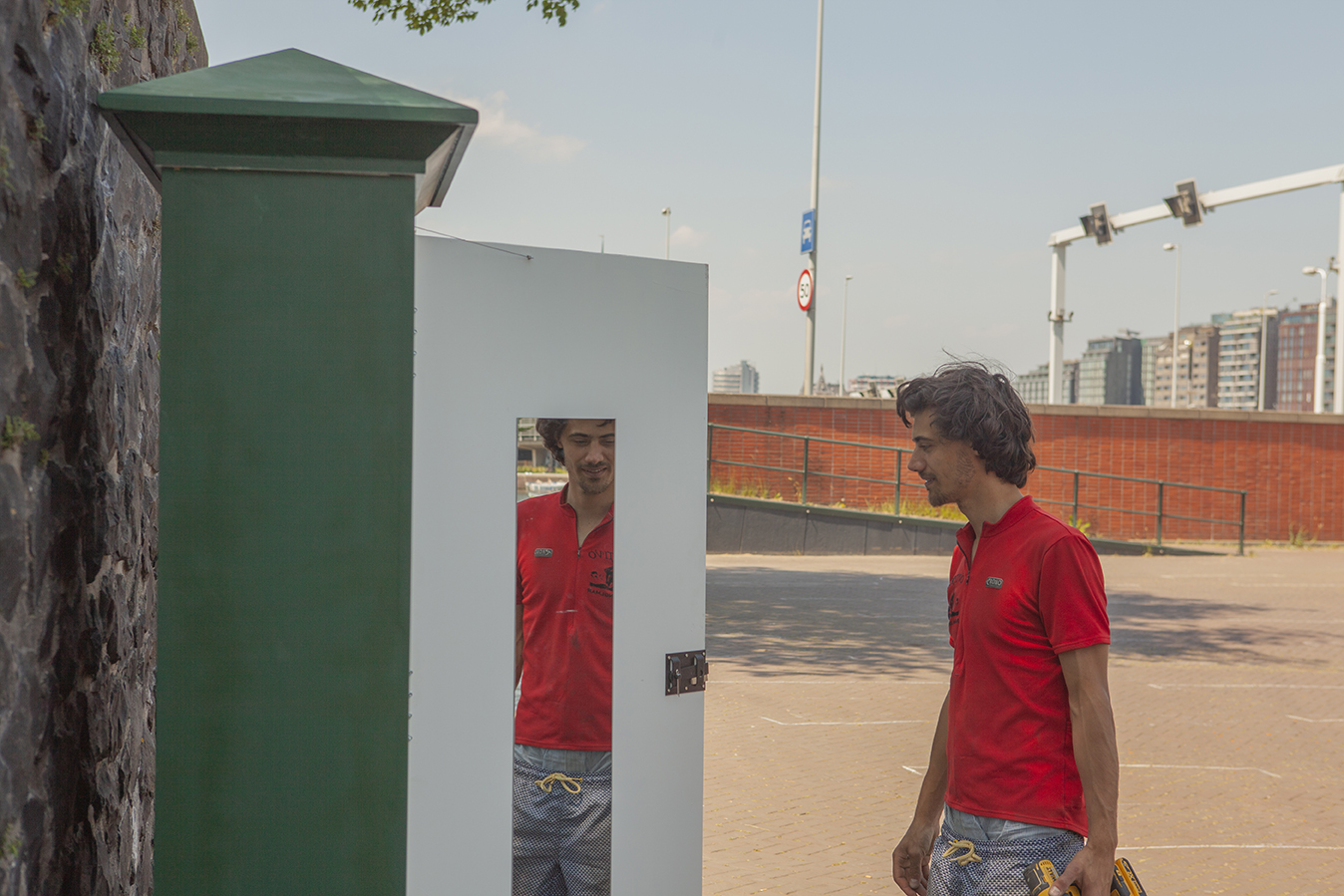 Who owns the city?

Artist Maurik Stomps will unveil a new artwork near Arcam during the Amsterdam Architecture Days in the weekend of June 19 and 20, 2021.

Who owns the city?

In 1977 the Italian Architect Ugo La Pietra made the film ‘La Riappropriazione della città‘ (The Reappropriation of the city). The film is a manifesto for the alternative use of the urban environment. La Pietra opens with a closeup shot in which he is shaving, when the camera zooms out more of the context becomes visible: shopping people are walking behind him and the mirrored shop window. He is shaving on the street.

This simple gesture clearly shows how well-defined the expectations surrounding public space really are. A private act like shaving does not fit within the public space.

Maurik Stomps (1989) tries to play with these expectations. Precisely by using the very anonymous visual language of the top-down designed public domain – mailboxes, bicycle racks, transformer boxes – Maurik tries to subtly disrupt the public space and daily routine.
They are elements that manifest themselves in the backdrop of the city. Elements so generic and formal, living up to our expectations of public space in such a way, that no one really looks at them.

At the same time, the anonymity of this intervention offers the opportunity to reclaim a piece of the city in the ‘shared private domain’. 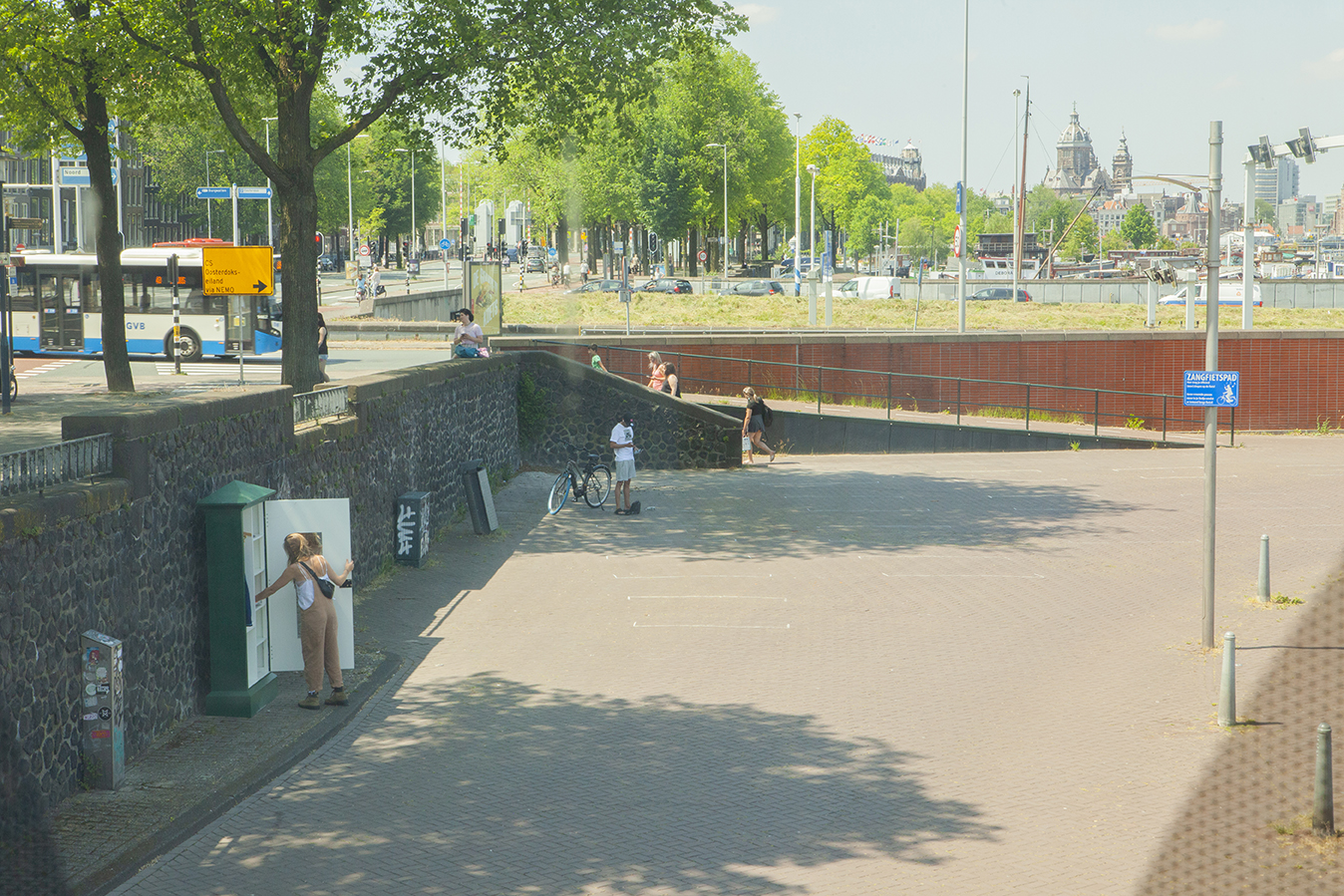 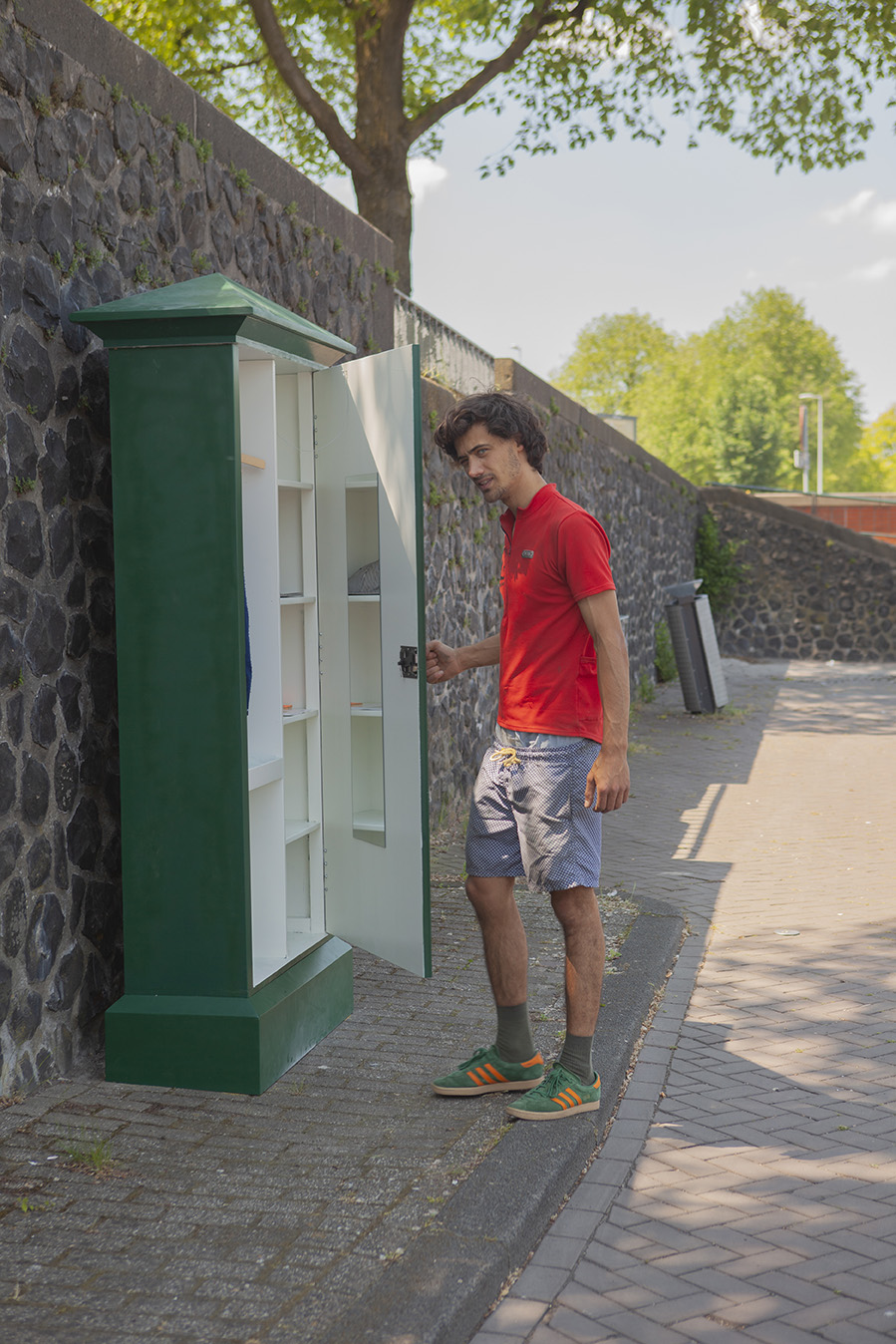 Commissioned by Arcam, Maurik did an intervention in public space based on the model of an iconic electrical box. As a ‘swap closet’ for food, clothing, sleeping bags, books, notes or other items that can be used to survive in the urban climate, this closet rebels against its expected function. It is a clandestine and secret appropriation of public space, which offers city dwellers the opportunity to use it as they please.

Maurik Stomps (1989) is a Rotterdam-based designer. He graduated from the Design Academy in Eindhoven with the project 'Bend the rules stretch the norm' in which he explored the general use of public space.