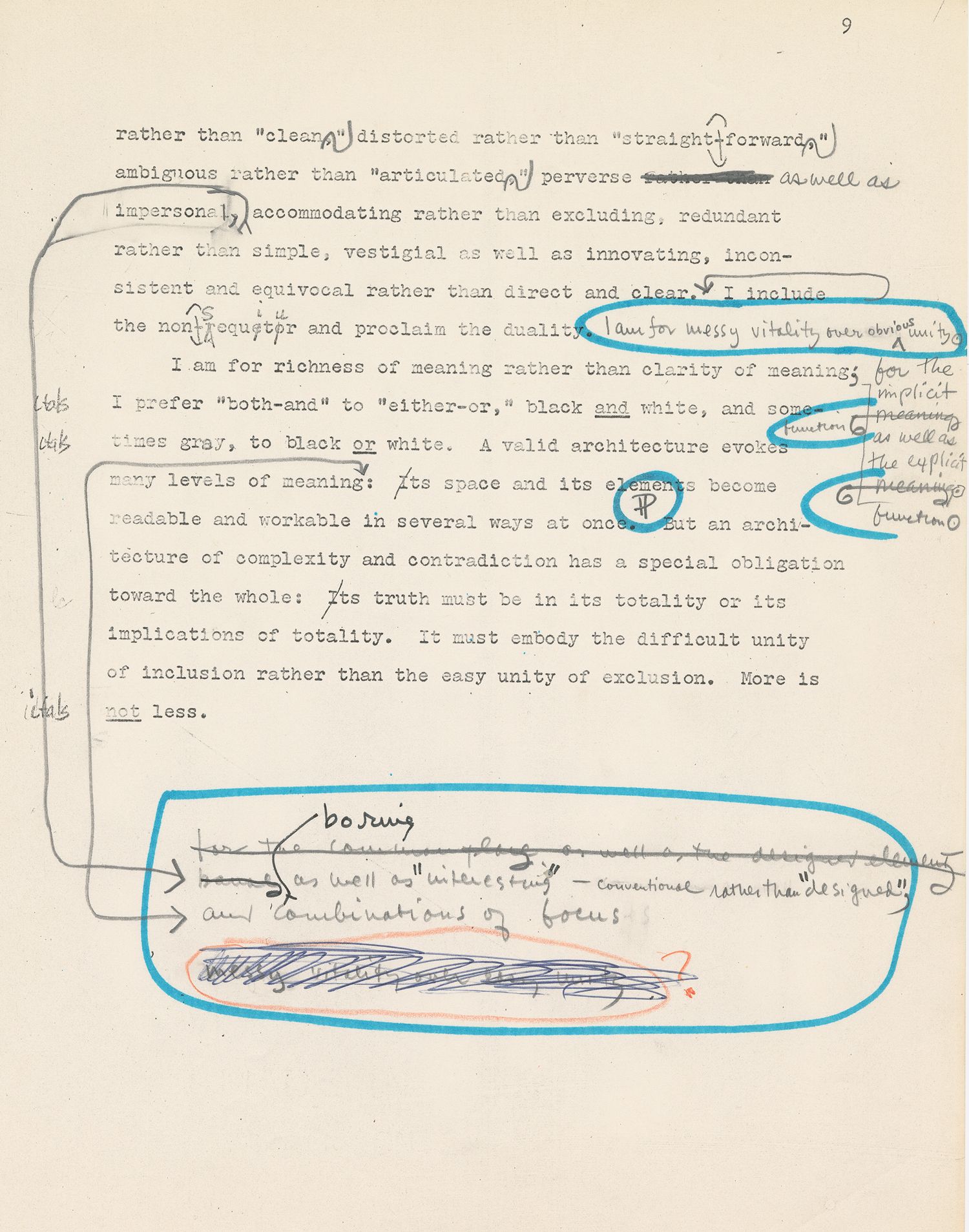 The number of Covid-19 infections is on the rise, and new measures have been announced. No wordsmith can gloss over the fact that a new lockdown is on the horizon. Now that the ‘intelligent’ lockdown is behind us, the coming one will be nothing short of agreeable, but in the meantime, boredom is a sub-pandemic. Architects, then, can serve as an example. Namely, they can’t get bored.

Boredom and architecture belong together. Because the built environment often manifests itself in endless repetition or continual imprinting, the (mis-)use of historical styles, or the total predictability or even absence of an architectural concept. (For those who want to know exactly which factors can make architecture boring, read this comprehensive study by architecture students in Stockholm from 2018.)

Because designers also can’t do anything about it, which is what Jacques Herzog told David Chipperfield today in Domus. ‘Dear David, You ask me what we architects should do about the unmistakably impending environmental catastrophe. About social inequality. About poverty. About the degradation of this planet’s resources. About the pandemic, which has placed us in an almost surreal mode that begs description. The answer is: nothing.’

Because boredom is a social phenomenon (of the 20th and 21st centuries), about which various architects have also made proclamations. Cedric Price, for instance, attempted to design a flexible architecture with The Generator Project, which aimed to please users by constantly effectuating different conditions, experiences, and actions. Robert Venturi not only found less a bore but also investigated the phenomenon in Complexity and Contradiction in Architecture (1966). Boredom and postmodernism are a good combination anyway. In The Language of Post-Modern Architecture (1977), Charles Jencks claimed that boredom stems from the combination of capitalism and modernism, a statement that correlates with philosophers such as Heidegger and Nietzsche.

But designers are doers at their core, who quickly turn a concept such as boredom (particularly characterised by lethargy, resignation, apathy) into something useful. While Michel van der Plas/Friedrich Torberg just wanted to be two dogs, it’s actually enough to want to be an architect. After all, they are masters of redirecting boredom into creativity. And we can learn a lot from that.

Be like Andy Goldsworthy. Get out in nature. Look. Submerge. Rearrange. Create.
Be like the French postman Ferdinand Cheval. Build your own folly. Never stop building.
Be like Maarten Kloos. Take a random book (for example, Life: A User’s Manuel by Georges Perec). Draw the street along which the apartment is located on a map of Paris.
Be like Space Encounters. Embrace boredom. Design a collection around it.
Be like Diogo Seixas Lopes. Research your favourite architect’s level of boredom, such as Melancholy and Architecture about Aldo Rossi, and get wiser without breaking the spell of melancholy and glumness.
As we enter an autumn holiday in lockdown, we’re curious how all of you are exploring the confines of this phenomenon. Send us your own tip for getting genuinely, yet also still architecturally, bored.