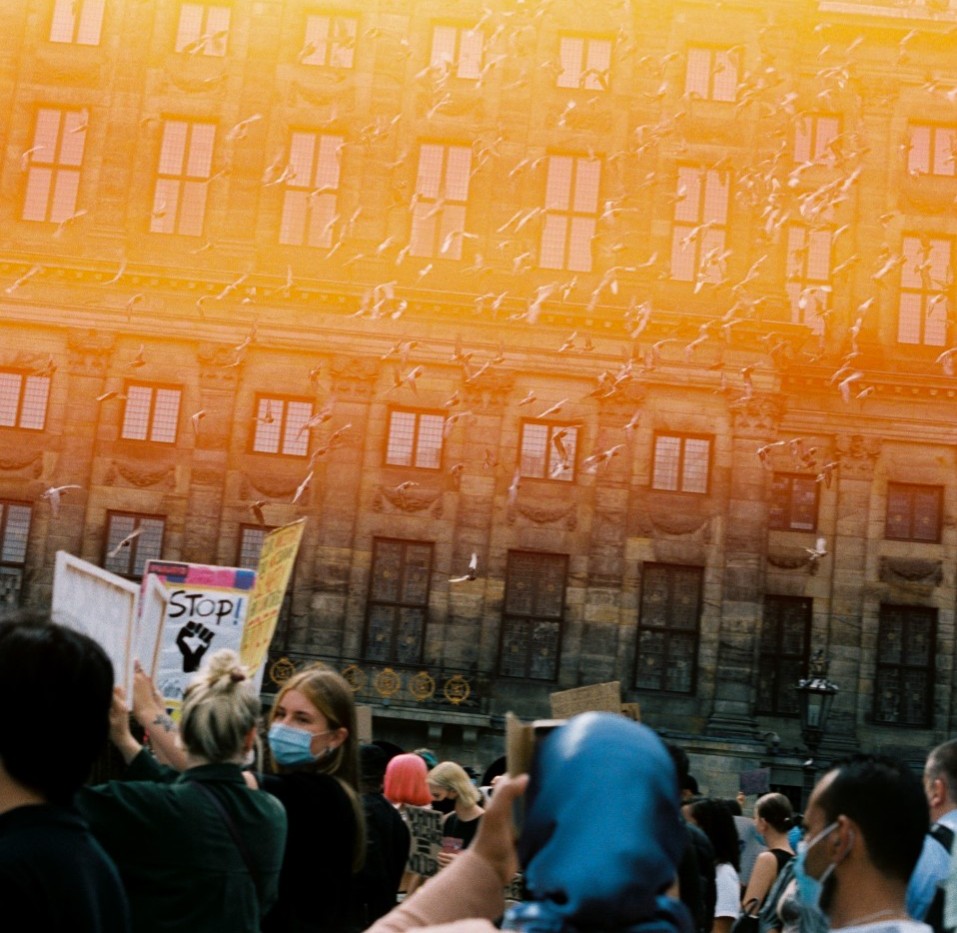 The day Derek Chauvin put his knee on George Floyd’s neck was a day when news about the coronavirus faded into the background for a moment—and yet, it didn’t. The wave of demonstrations caused by this event worldwide rarely went according to the 1.5 metre distancing guidelines. In Amsterdam, mayor Femke Halsema came under heavy fire. In other Dutch cities, protesters also found—like funeral directors, churches, and mosques—a corona-resistant avenue to make their beliefs known. Black Lives Matter, also at a metre and a half. And within the context of the Dutch design sector, the question should be asked: how woke are architects, actually? And why is that important for the task of designing housing, retail, and public space? Architectural recalibration #9: Dear White Architects.

It is, in all fairness, a delicate topic. Even when ARCAM’s own Architect in Residence, Lyongo Juliana, presented us with the plan for his residency, it took us a while to understand how deep the gap actually goes. How the taking for granted of white privilege creates blind spots, how difficult it is to constructively address inclusivity, and how important it is to have this uncomfortable conversation.

One of the ways NOT to do that, says Juliana, is to choose a title such as the one above this column. I initially wanted to name his entire residency that, precisely to make the gap visible, to confront. It would be analogous to the Netflix series Dear White People, which deals with just that: ‘Students of colour face daily humiliations and underhanded scheming at an Ivy League university that is nowhere near as liberal as it thinks it is.’

For Juliana, it is a delicate conversation (although he believes that a sterner approach is necessary at times). He tries to tempt his fellow countrymen into some form of understanding, but convincing them is perhaps a bridge too far. Because, certainly, there are designers with a bi-cultural background. And yes, the diversity on the office floor is increasing rapidly—at design agencies, too. But do they also have a joint say? Are their ideas heard, are their traditions analysed as a source of inspiration for contemporary design briefs?

What does, for example, the coronavirus mean for diversity and inclusion in the city? In his appearance at Pakhuis de Zwijger, Lyongo put it quite simply: ‘We are not that different from one another, but we must realise that we each live in our own bubble. Failure to respond to those small differences can be disastrous. Architects need to observe better, form a picture of what people from a different cultural background want. They don’t even have to understand. Just listen.’ There is a difference between being present and being heard. There is a difference between being tolerated and feeling involved. For those who think that this call is not relevant, the video below is telling. It is a recording taken from one week of a programme airing on Dutch news broadcaster NOS, in which various experts and others give their opinion on the impact and solutions for the coronavirus. What do you see?