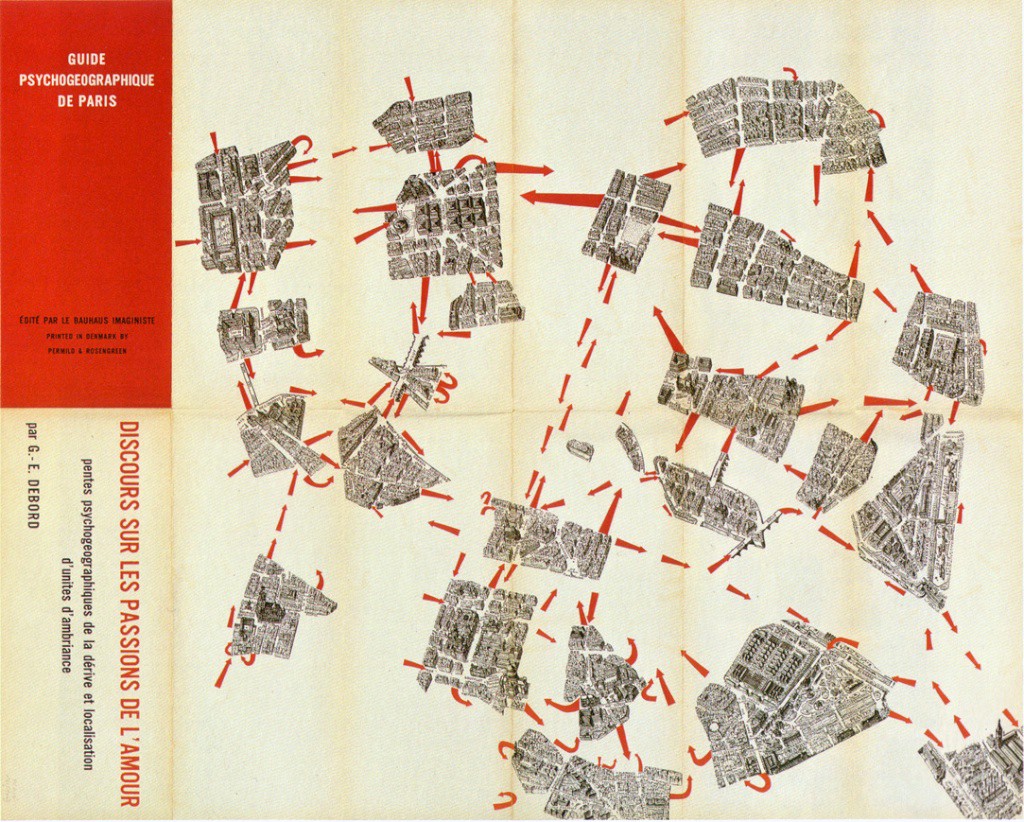 While sustainability remains undiminished on the spatial agenda of Amsterdam’s city council, and various experts formulate the core values of the ideal post-coronavirus society, there’s also plenty to discover close to home. The one–and–a–half–metre society leaves quite some space for inventiveness and surprise. Part three in the series Architectural recalibration examines the new concept of the 6ft society.

Taking a short walk each day is a great way to vacate the – not exactly health and safety compliant – home office chair for a while and reconsider the world. In doing so, it’s noticeable how creative people have become within the dimensions of the New Normal. Market sellers have developed an endless acreage of one–and–a–half–metre partitions, varying from tape or crates to self-constructed barriers. Retailers are creating routing directions using handwritten texts. The drive-in industry is rapidly becoming enriched with new concepts, of which drive-through condolences are the innovative highlight of the week. By looking closely at our immediate surroundings, we get an increasingly better feel for the one and a half metres.

When guiding people in combination with social distancing, two architectural concepts are extremely useful. One is routing – the art managing flows of people in airports and offices, in public transport, stadiums, concert halls and during festivals. Arjun Kaicker (Zaha Hadid Architects) envisions wider stairs, the end of the flex workspace, wide corridors and larger tables. On a practical level, based on hygiene, designers are researching light switches and door handles that you don’t have to touch. Shift Architecture Urbanism thought up a new concept for markets to optimally spread people out. And Studio Mijksenaar provided the associated pictograms. A recently published study by the World Bank proves that the average city worldwide has more than enough (still hidden) public space for small-scale upscaling. And cities such as Budapest, Berlin and Vancouver have opened up their motorways to pedestrians and cyclists.

The resurrection of the walkable city revives a concept like dérive by Guy Debord (1956), the French situationist who made psychogeography a cult. In a dérive, you let go of everything: what you know about the city, your work, your friends; you walk outside and allow yourself to be guided. The movement started with the sentence: ‘We are bored in the city, there is no longer a sun temple.’ It was the opening shot in a series of collective actions that aimed to establish new creative situations in the midst of the cold, commercial, modern urban design; a plea to take a stroll, to rediscover the city. Crucial in this is détournement, the search for a new context for existing artefacts or works of art. You can do this in the city, for example, by being guided by the map of another city, or by a certain smell.

A creative reassessment of both design concepts guarantees a one–and–a–half–metre society that’s inspiring. Homework for designers: create a routing for a massive environment, inspired by dérive. Homework for those working from home: walk outside, imagine you’ve appeared in a drive-through condolence, greet all passers-by accordingly, diversify, follow the scent of coffee, turn left at every third takeaway, find the sun temple.