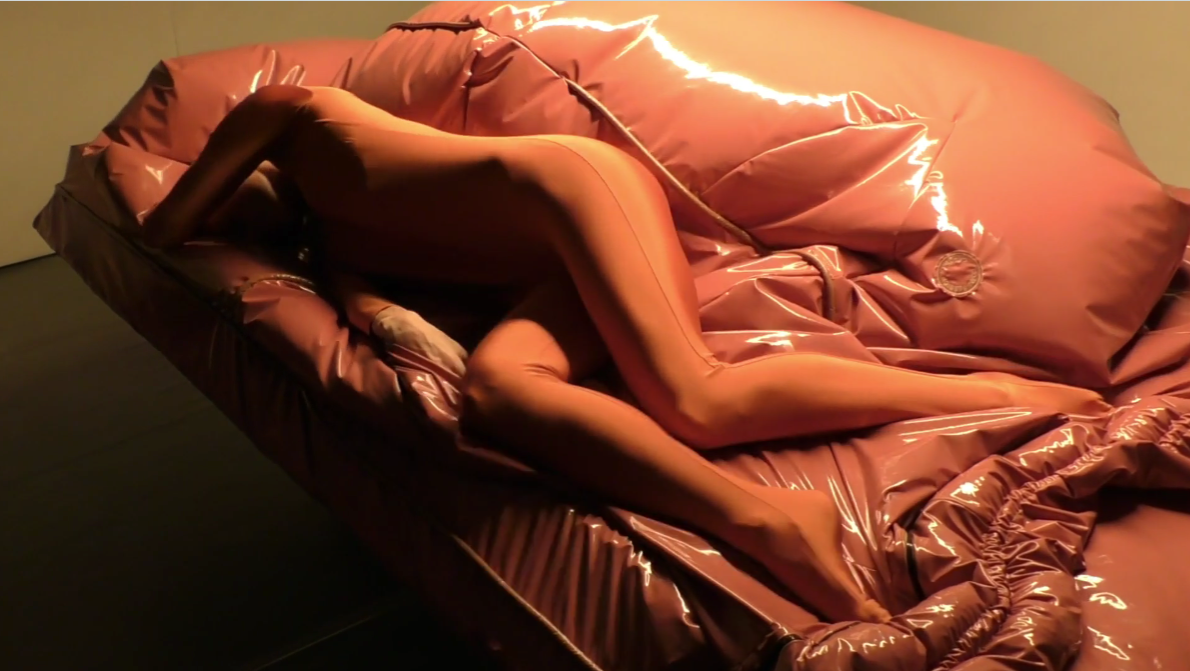 After weeks of having lived in a virtual, distanced world without physical contact, isolation at home is beginning to wear upon not just the elderly and millennials. A hungering for skin has become part of the daily mood. The handshake, the pat on the shoulder, the caress over the head, and all those other physical touches disappear when we’re a metre and a half apart. It’s high time to rethink the tactility of architecture. Architectural recalibration #4 dives into the art of sensory design.

Photographer Frank Ruiter captures the boredom of his children (sight). Sound artist Elise ‘t Hart is investigating how the intelligent lockdown sounds (hearing). But in order to satisfy the craving for skin, the sense of touch must be assuaged (as a physical confirmation of our existence). In The Eyes of the Skin – Architecture and the Senses (1995), Finnish architect Juhani Pallasmaa (1936) described the relationship between a building and sensory perception. ‘The experience of home is essentially an experience of intimate warmth […], where home and the pleasure of the skin turn into a singular sensation.’ Seen in this way, it’s no wonder that the Dutch populous has started doing odd jobs around the house (and the demand for sex toys is overwhelming). We want to fall in love with our house again, now that it has been radically disenchanted and suddenly required to perform many more functions than ‘just’ being a Home. In the words of Pallasmaa, ‘Any human–being is a self-construction.’ By doing–it-yourself, we make ourselves and our home more attractive and give meaning to our existence.

Anyone who has ever entered the Kolumba or the thermal baths of Vals by architect Peter Zumthor (1943) knows that architecture is capable of physically embracing, nurturing, and caressing. Through the dimensions, the light, the temperature, the materials, and the layers of time, sensations such as hope, memory, and comfort become almost tangible. Juhani Pallasmaa had already discovered this earlier, during his stay at Taliesin West, the architecture school of Frank Lloyd Wright. He calls sensitivity to ambiance the sixth sense of humans. For Zumthor, this is the link between touch and memory. Hearing those two converse with each other is magical.

Crucial is the realization that a building should not necessarily be seen, but above all felt. The publication Architectuur door andere ogen (Architecture Through Other Eyes, 2012) is the benchmark for this subject in the Netherlands, and is still quite topical as a complement to the Dutch Building Code, which only provides minimal guidelines for the haptic architect. Nevertheless, we will have to get accustomed to an era in which physical contact is less obvious, and that architects cannot solve that by themselves. For body architect Lucy McRae, this is the starting point of all her work. ‘We’re moving towards a touch crisis where we’re inundated with technology, to the point of anxiety,’ says McRae. Then tactile experiences alone are not enough. Her designs for the Compression Cradle and the Compression Carpet seem to have recently become less futuristic.

Lucy McRae, Compression Cradle, I See That I See What You Don’t See by Het Nieuwe Instituut on Vimeo.