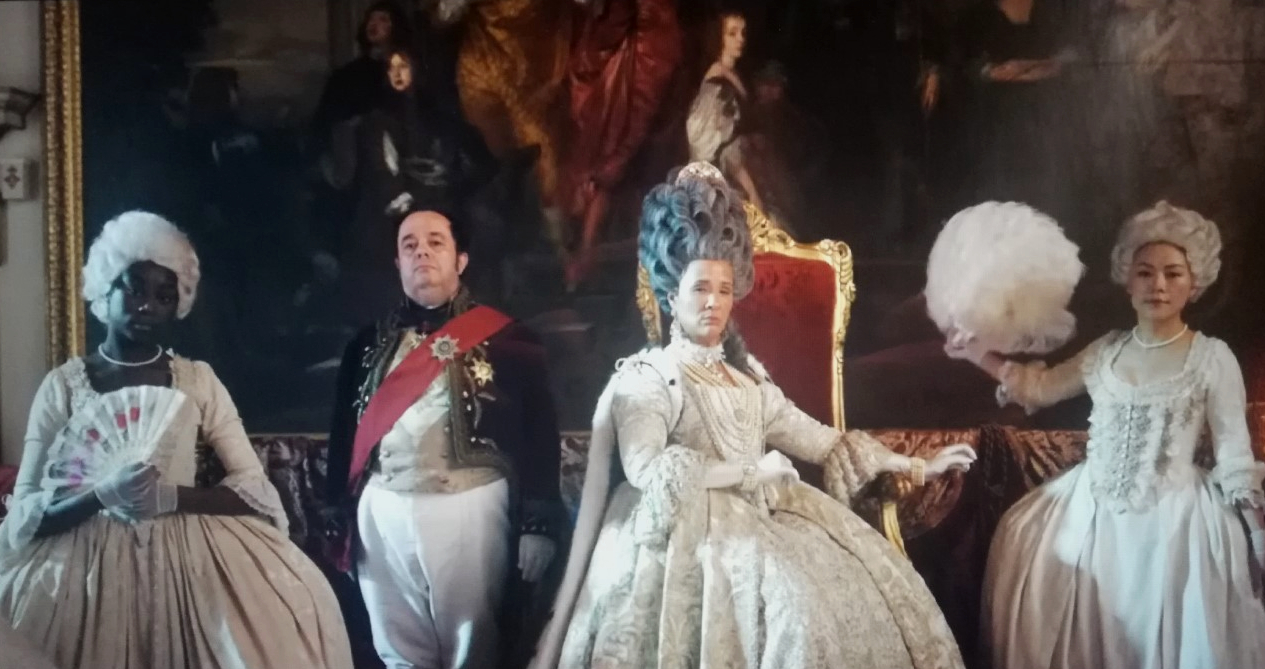 Reading guide: History is not a supermarket with products with which we can fill our ideological shopping cart however we please. Accountability, establishing connections, and not blurring the facts are of paramount importance in understanding the world and doing justice to the people in it. Arna Mačkić recently showed how important this is in The Architect of Destruction.

But since the art of British gardening is no longer inoffensive either, I wonder if there is also a middle ground. Whether we couldn’t now and then treat history better, the way Bridgerton does—a series in which the story is set in a hyper-segregated, misogynistic, racist, and colonialist era, yet is played with obvious pleasure and contemporary matter-of-factness by a very diverse cast. Anyone who has seen Daveed Diggs as the rapping Lafayette in the musical Hamilton knows how a loose interpretation of history can sometimes work wonders for the discussion on inclusivity.

The advantage of history is that you can build on existing concepts and all the knowledge and experience stored therein. The obvious drawback is a potentially negative connotation. In October 2020, for instance, Ursula von Leyen believed she was on the right track with the launch of The New Bauhaus as a prelude to a European Green Deal for the European construction industry. After all, there’s little to criticise about the ambition for ‘a collaborative design and creative space, where architects, artists, students, scientists, engineers and designers work together’. And certainly not if the New European Bauhaus will be based ‘on sustainability, accessibility and aesthetics to bring the European Green Deal closer to people and make recycling, renewable energies and biodiversity natural’.

But it’s not that simple. Caveats were raised by a significant group of cultural critics and scientists. On 14 January, Hicham Khalidi (Jan Van Eyck Academy) and Rolando Vázquez Melken (Utrecht University) once again brought attention to some more sensitive points. ‘The school was deeply inegalitarian. Women were barred from most workshops and the institution paid little heed to care of the Earth. Over time, the Bauhaus became linked to an industrial capitalism that engendered social and ecological injustice across the globe’.

For several weeks now, a group has gathered in Afaina’s Feminist Spatial Practice Book Club to explore the role of feminism in architecture. Leslie Kern (white, cisgender woman, single, mother) explores in her book Feminist City how the space she is granted in the city relates to a practice of systemic exclusion based on race, colour, and gender in a ‘man-made world’. Helpful and insightful, but she sometimes lingers on her own hang-ups and privileges. Which also seems to have befallen Ursula von Leyen.

I noticed the Bridgerton approach last week, in the reader that architecture students at KHT Stockholm put together based on the work of Sara Ahmed. Specialising in feminism, queer theory, and postcolonialism, Ahmed formulates an entirely new vocabulary to unmask existing abuses, but also uses it as a tool for a new approach. Concepts such as Aboutness, Feeling Fetishism, Desire Lines, Disorientation, and Straightening Devices.

Under the guidance of Brady Burroughs—there should be a Pritzker Prize for architecture teachers—students explored how much their personal experiences could shape their nascent architectural practice. Her questions to students are a great step towards analysing architecture as a system and consciously breaking through patterns. They were submitted questions such as:

‘When you are tasked with designing something for the less fortunate, do you really understand what they need or do you mostly feel like a very good person?’

‘Have you ever considered whether architectural training is aimed at stimulating normative behaviour in architects?’

‘Have you ever been an architectural killjoy by asking a critical or uncomfortable question that disrupted the harmony in a (homogeneous) group?’

I find this way of thinking enormously inspiring, because putting things in perspective and creativity make it possible to construct a better future based on the obvious limitations of history (including your own history). A touch of Bridgerton in the discussion could provide an opportunity to create the future we wish for from the good things about the historic Bauhaus.