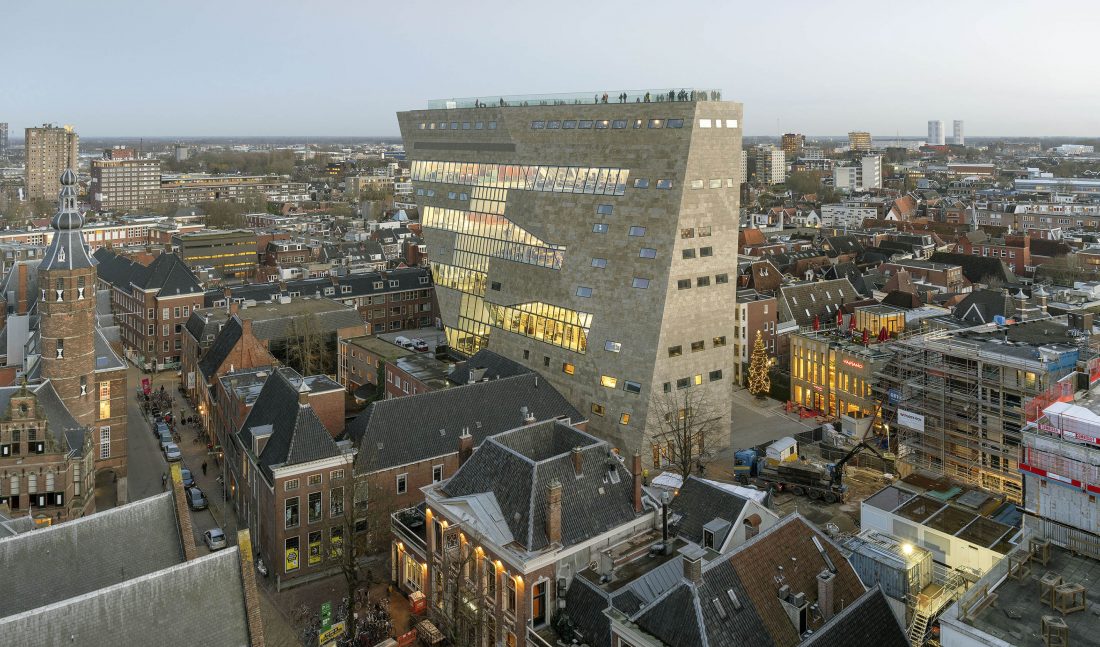 Next week the Architecture in the Netherlands Yearbook 2019–2020 will be presented. Usually, the big question is: Who’s on the cover? It’s always nice to be the architectural exemplar of the year, but one thing is certain: the top building of 2020 doesn’t cover the subject matter of the essays within. This year, the editors’ reflections are incredibly close to the spirit of the times.

These times call for sensitivity and empathy, and sometimes you unintentionally find yourself on the wrong side of the debate. ‘Is the architect (m/f/x) capable of perceiving all of the changes in society, and can he/she/they find a way of working that matches this?’ asks architect Arna Mackic. After all, 70% of the selected projects are situated in inner-city areas, parts of the city where proportionally many more people with a migration background live. Yet in the architectural offices that design the inner city, only 4.6% of designers have a bi- or multicultural background.

Architecture critic Kirsten Hannema points to the forthcoming Environmental Act, in which municipalities are obliged to give users more say regarding their living environment. This calls for a new approach to the meaning that architecture can have for residents and users, and new platforms that can bring together narratives. Imitating, for example, Hugo Priemus, Hester van Buuren, and Adri Duivesteijn, architect, researcher, and writer Teun van den Ende argues that the landlord levy in particular has radically disrupted the housing market. He advocates making regulations for the sale instead of the construction of dwellings. All of these perspectives provide the right context for Adeola Enigbokan’s advocacy for a new role for the architect who supports clients and users on the basis of equality and trust (as a friend or as a citizen).

That the selected projects in the Yearbook fall short of illustrating these positions is not only due to the fact that construction is a sluggish discipline. It also arises from the structure of the Yearbook, which only lists built projects that have been completed in the Netherlands by firms established in the Netherlands. This creates gaps in the representation of contemporary architectural practice. To demonstrate a broader picture, Adeola Enigbokan and Laura Alvarez spoke in Architecture Now last week about the architect’s new responsibilities. Together they gave an illustration of this with Molenwijk (Amsterdam-Noord), among other examples. This week, Kirsten Hannema and Jarrik Ouburg talked about how stories and shared history can serve as a foundation for creating new meaning and the involvement of residents in their living environment. Next week, Teun van den Ende, Pilar Balat, and Lorna Gibson will conclude the trilogy with a discussion on housing that’s more than simply a checklist based on the Building Decree.

Whether all of this also sticks in a wider sense could be seen in next year’s Yearbook. Now that representation and inclusion are increasingly anchored in policy and practice, it will be interesting to see whether this renewed attention for all users is seized upon in the construction world, to also strengthen our hold on quality in homes and public space.