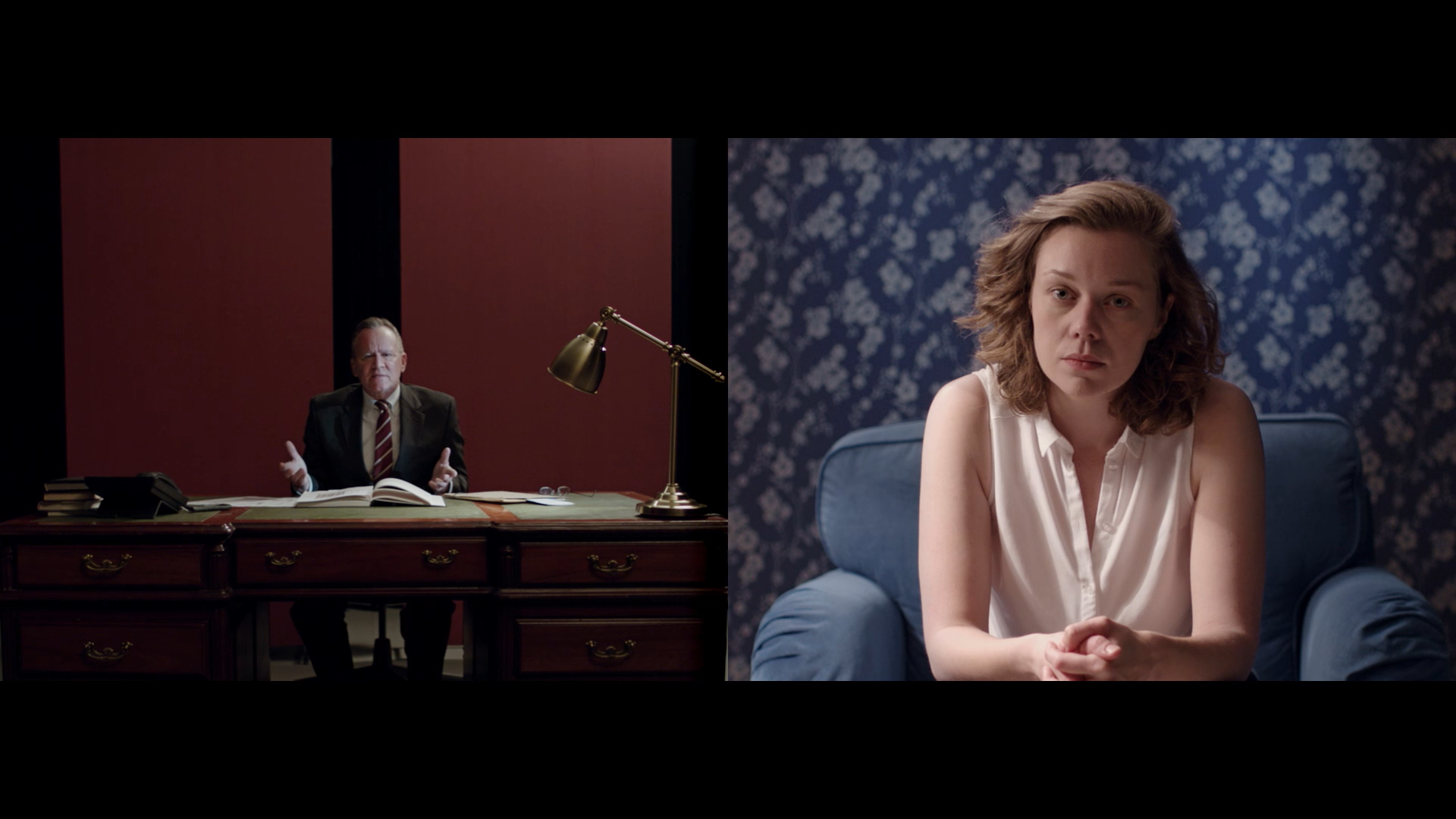 Online Film Programme: What is Development?

Film still 'This is my land...' by Salvador Miranda

As part of the Amsterdam Architecture Days (Dag van de Architectuur) we will screen and discuss two short films that both touch upon urban issues involving gentrification and power relations in city planning.

In a hypothetical trial between an urban developer and a yet-to-be evicted home owner, Salvador Miranda explores different perceptions of what ‘urban development’ means. This experimental split-screen fiction rightly shows the nuanced discussions that are ongoing in many parts of Amsterdam where people are evicted due to new development projects.

In the same context, Wouter Stroet’s film questions whether the recent peak in urban development in Amsterdam Noord should be considered as progress. In an experimental journey through abstracted landscapes in Noord, supported by a narration by Sarah Ahmed, we are guided to look from a different perspective.

Practical
The film programme starts at 8pm. Both films are streamed, followed by a conversation between Salvador Miranda and Wouter Stroet, moderated by Anne Vera Veen (Arcam). This conversation will be recorded.

The film programme will be in English.

Both films stay available on our YouTube Channel until Sunday 4th July 2021.

Film still 'This is my land...' by Salvador Miranda

This is my land… is an experimental split-screen film examining the trial of a woman whose home is threatened by a new development project. Her ideas of home, community and utopia are examined alongside those of the Developer, who acts as a witness in the trial. The film explores the use of language and rhetoric, as well as competing visions of progress and development.

About the filmmaker
Salvador Miranda (b. 1987) is a Mexican-Canadian artist and filmmaker. His work explores grand narratives and the images of our visual culture that (re)produce them. His works have been shown in IFFR (Rotterdam), Ruhrtriennale (Bochum) EYE Filmmuseum (Amsterdam), TENT (Rotterdam) Haiton Art Center (Taipei), among others. Salvador holds a Masters from the Piet Zwart Institute in the Netherlands. 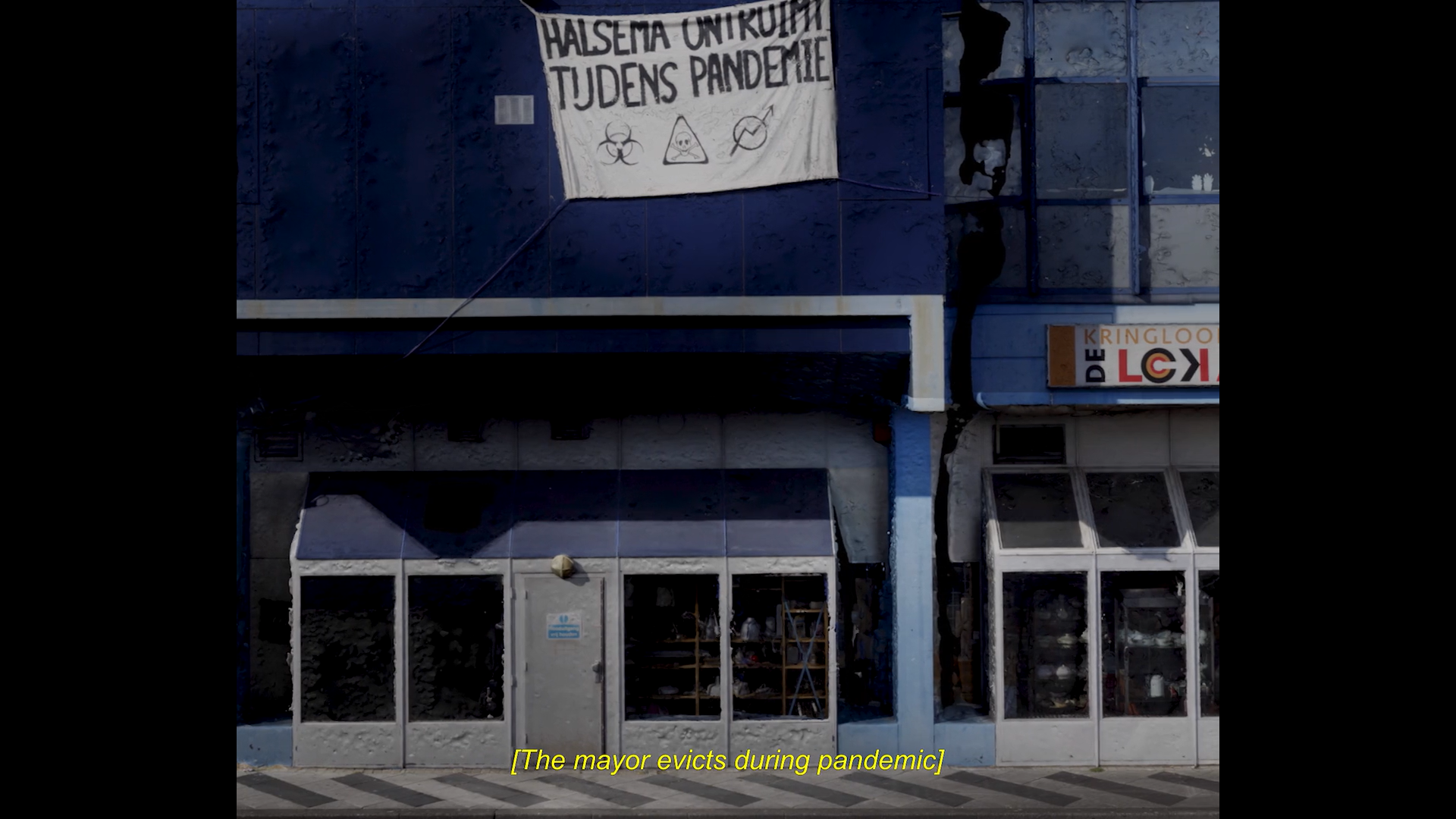 Film Stiil 'So Settler, are you a pioneer?' by Wouter Stroet.

‘So Settler, Are You a Pioneer?’ captures the structures of a rapidly changing peripheral neighbourhood: material remains of an obsolete infrastructure, luxury apartments, and piles of bricks that once used to house people. The work re-assembles and digitally preserves sites that are often overlooked in tales of linear progress. The piece is a journey through distorted urban landscapes, an assemblage of partial perspectives. By adapting and appropriating the cartographic technique of photogrammetry, Wouter aims to question the authorities who decide what is and what is not in focus.

Wouter Stroet is an artist and graphic designer and a recent graduate of The Sandberg Institute.
Through unravelling tales of linear progression he seeks to map out the blurriness of our world. By adapting and appropriating various modern contemporary cartographic techniques, he aims to question the authority behind those that decide what is in focus and what falls behind the lines.

Besides his artistic practice, he is also involved in various communal projects, including OUTLINE; a collective and publishing platform of graphic designers and photographers and Radio Voorwaarts, a platform for underground culture in Amsterdam. He is currently involved in Verdedig Noord, an activist group fighting against gentrification in Amsterdam Noord. 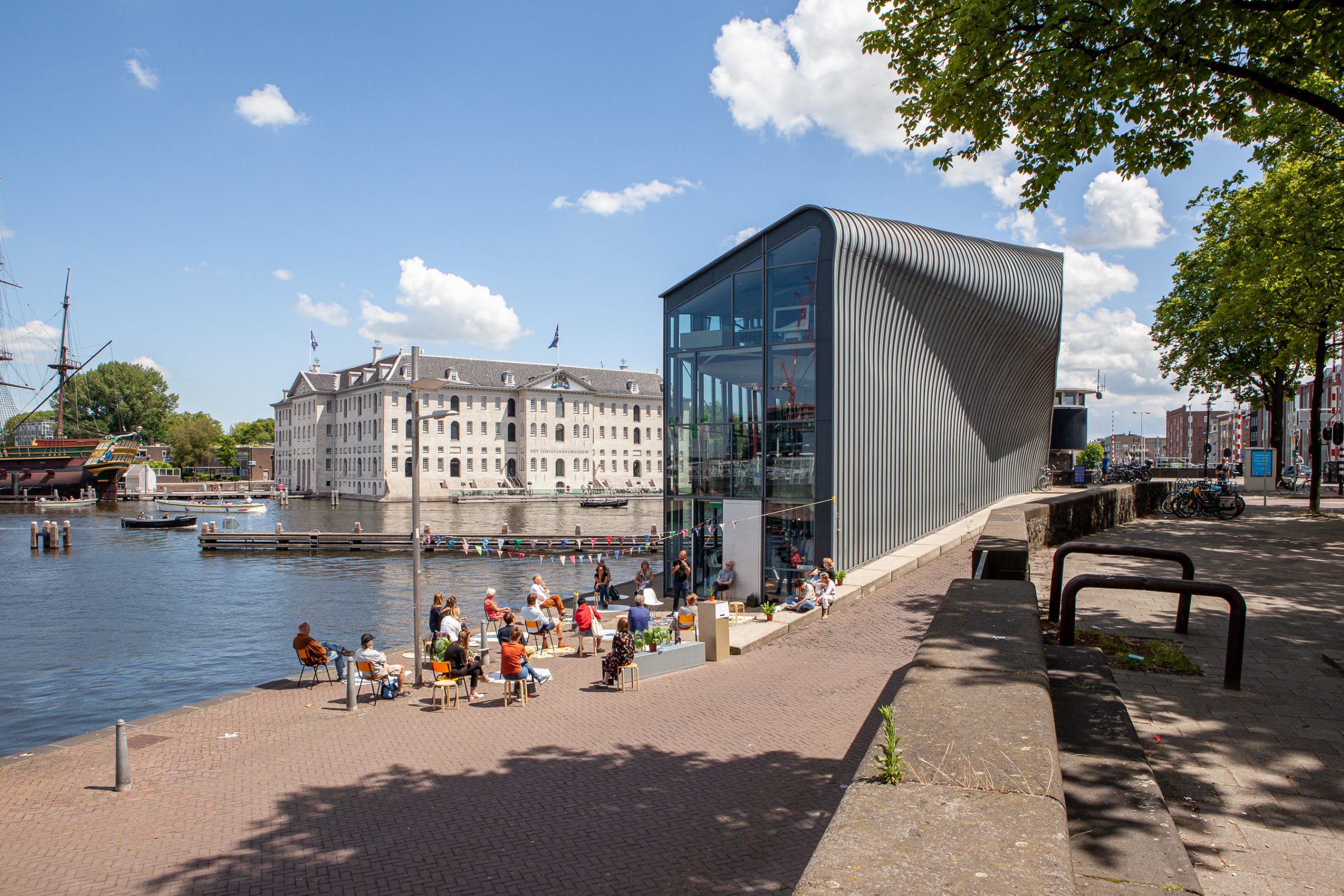